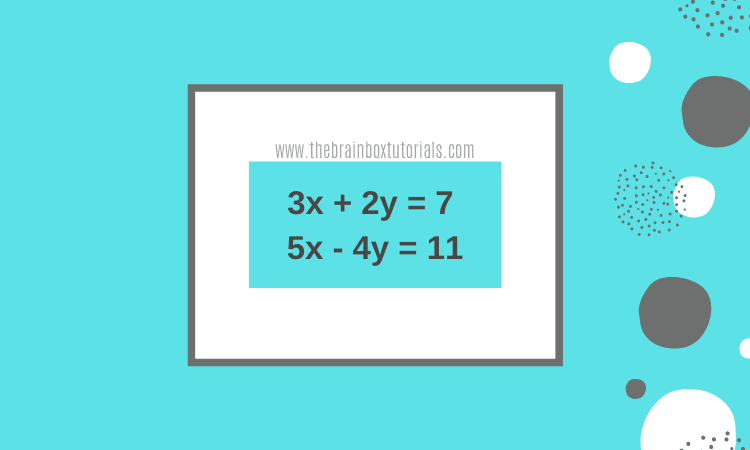 Simultaneous Linear Equations have two equations each with two variables and we have to find out the value of both the variables by solving the two equations simultaneously. This Maths quiz is based on this particular concept. This online Maths quiz will have a few multiple-choice questions. You are advised to take a separate notebook to solve the given sums in this maths quiz.

There are three methods of solving any sum with simultaneous linear equations. The methods have been stated below:
1. Substitution method
2. Elimination Method
3. Cross-multiplication Method

The syllabus also contains word problems on simultaneous linear equations. The online maths quiz with multiple choice questions also has few word problems on simultaneous linear equations.
Here, you have to make two equations with the information given in the sentences. After the two equations being obtained this way, you can use any of the three methods illustrated above to solve the equation.
If you want to know how to solve the sums on Simultaneous Linear Equations or A pair of Linear Equations In Two Variables ICSE Class 9 Maths, you can follow the link given below for video tutorial of the chapter. In this video series, all the methods along with the word problems have been explained.

Now as you are ready to attempt these multiple-choice questions from this online quiz, please go through the rules first.

This online maths quiz on ICSE Class-IX chapter Simultaneous Linear Equation must have been fun to solve.
Please share your score in the comments section below.
Keep on learning new things and say yes to Maths.